San Francisco — Mayor London N. Breed today announced the groundbreaking of a 100% affordable-housing project in the Mission at Casa Adelante – 681 Florida St. Once complete, the building will provide 130 new homes, of which 30% are set aside as Permanent Supportive Housing for formerly homeless households. Carnaval San Francisco will occupy the ground floor of the development once construction is finished, creating a new arts hub for the surrounding neighborhood.

The housing development at 681 Florida advances the City’s strategy for economic recovery, which includes stimulating new job creation and investing in infrastructure that ensures San Francisco’s post-COVID economy emerges more equitable and resilient than before. The development of 130 new affordable homes, including 39 units of Permanent Supportive Housing, makes progress on the Economic Recovery Task Force’s recommendations to invest in housing and meet the needs of San Francisco’s most vulnerable residents. Lastly, including a new arts hub with Carnaval San Francisco on the ground floor of the development illustrates the City’s efforts to activate and draw upon San Francisco’s unique neighborhood and cultural assets, which was another key policy recommendation from the Task Force.

“Our economic recovery as a city depends on creating good-paying jobs, making sure people can afford to stay in San Francisco and supporting our vibrant arts community. This project helps us make progress on all fronts,” said Mayor Breed. “The groundbreaking of 681 Florida is an exciting step in our efforts to create more 100% affordable housing in the Mission, and builds on our work to create more homes throughout the city for people experiencing homelessness. I want to thank the Mission community for their advocacy and commitment to creating affordable housing in the neighborhood.”

The 681 Florida site was initially part of a plan for a large, market-rate development at 2000-2070 Bryant St.. That plan would have demolished seven buildings, including Cell Space, a longtime arts and creative space. The City worked with the community and the owner of the parcel to come to an agreement where 19,000 square feet of land was dedicated to the Mayor’s Office of Housing and Community Development (MOHCD) as part of the inclusionary housing program to create 100% affordable housing.

“What we are celebrating today is the result of a long and hard-fought fight to preserve blue-collar jobs and protect the working-class community of the Mission,” said Supervisor Hillary Ronen. “Casa Adelante – 681 Florida will be the seventh new affordable-housing building in the Mission in the last few years. I will keep pushing, alongside my constituents, to bring my district the housing we need.”

“Casa Adelante – 681 Florida starting construction is a true testament to the years-long collaborative effort to keep this particular location for arts and culture and affordable housing. We could not have done this without our allies, artists and neighbors joining forces to fight for this site, plus our City recognizing the value of this investment,” said Karoleen Feng, Director of Community Real Estate, MEDA. “We know as a community that Casa Adelante – 681 Florida is as an integral part of reversing the displacement of the Latinx and immigrant community. We are equally excited for the Mission community to see this space once again be reimagined as home for the arts.”

The 130-unit development at 681 Florida St., will have 39 Permanent Supportive Housing units for formerly homeless residents. Amenities at Casa Adelante – 681 Florida will include a 9,250-square-foot commercial space suitable for production, exhibition, and arts performance as well as a number of green building features including 100% renewable energy and solar thermal heating.

“Carnaval San Francisco fought alongside of Our Mission No Eviction for the affordable housing and art space at 681 Florida St., which we named the “Beast on Bryant,” since they were proposing to build luxury housing after the eviction of Cell Space, a collective shared art space once the home of Carnaval San Francisco and many arts organizations,” said Roberto Hernandez, Artistic Director and Executive Producer of SF Carnaval. “We come full circle and look forward to sharing the space with artists and arts organizations and serving the residential community!”

The nine-story building, designed by Mithun, includes studios, one-bedroom, two-bedroom and three-bedroom apartments. Once complete, the new homes will be available to applicants with a broad range of incomes including 35%, 40%, 50%, 60% and 85% Area Median Income (AMI) or below. Construction is expected to last 22 months with an anticipated completion date of August 2022.

“We know that housing is health care,​ which is why increasing the City’s ​housing inventory is critical, and specifically increasing Permanent Supportive Housing as a permanent solution to homelessness, a key part of the Mayor’s Homelessness Recovery Plan,” said Abigail Stewart-Kahn, Interim Director of San Francisco’s Department of Homelessness and Supportive Housing. “We are thankful to the Mayor and all the partners’ who joined forces to increase affordable housing units and create new homes for people experiencing homelessness.”

Major financing for 681 Florida was provided by a $35 million investment from MOHCD that enabled the $90.3 million project to move forward, as well as a loan from the California Department of Housing and Community Development Multifamily Housing Program. The Permanent Supportive Housing units will be supported through a City-funded Local Operating Subsidy Program contract, and will be referred through the Department of Homelessness and Supportive Housing’s Coordinated Entry System.

About Mission Economic Development Agency (MEDA)
Rooted in the Mission and focused on San Francisco, MEDA’s mission is to strengthen low- and moderate-income Latino families by promoting economic equity and social justice through asset building and community development.
medasf.org

About Tenderloin Neighborhood Development Corporation (TNDC)
At TNDC, we believe that everyone deserves to thrive. Since 1981 we've supported tenants and community members in building transformative communities through Homes, Health, and Voice. Today, 5,800 people are housed across our 43 buildings. In a few years, over 10,000 people will be housed. Rooted in the Tenderloin with branches throughout San Francisco, TNDC strives to work alongside communities and meet people where they're at. We believe that only together we can build a future with economic and racial equity. tndc.org 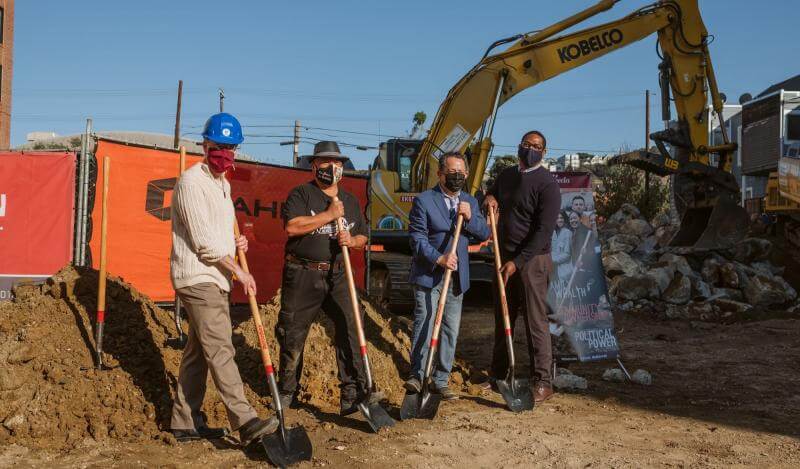 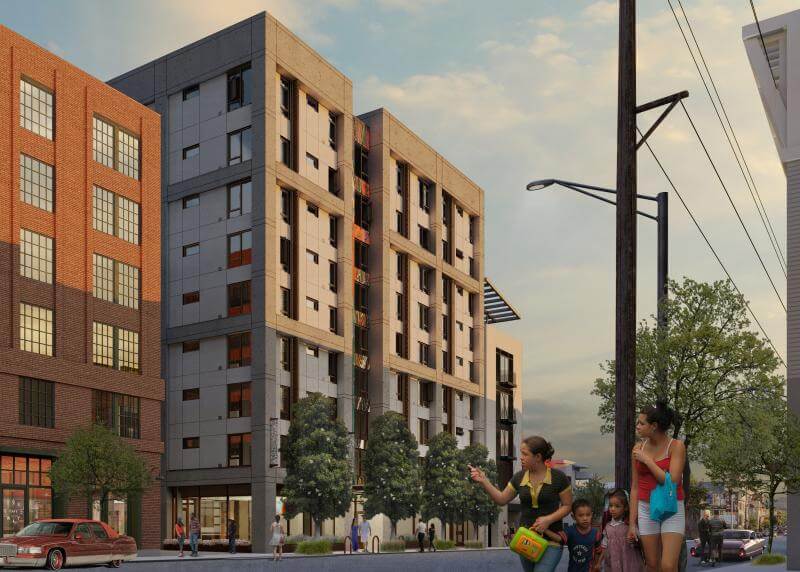 In partnership with Mission Economic Development Agency (MEDA), 681 Florida will bring 130 homes for families and formerly unhoused folks to the Mission by 2022! Not only will these future homes prevent further gentrification of people with low incomes and people of color in San Francisco, but 681 Florida will support a ground-floor community arts space with Carnaval San Francisco, honoring the legacy of CELLspace.