Rosa Parks is an 11-story, 198-unit building in the Western Addtion for seniors with low incomes. The project was built in partnership with Bethel AME Church and its affiliate, Allen Community Development Corporation, alongside the Rosa Parks Senior Apartments, a building jointly acquired by TNDC and Bethel/Allen in 2016 from the San Francisco Housing Authority as a RAD project.

Located at 1251 Turk Street, the 19 studio apartments, 99 one-bedroom, and 80 two-bedroom apartments are occupied by seniors and people living with a disability.

TNDC and Bethel/Allen managed the occupied rehabilitation of the building ensuring temporary relocation of current residents while coordinating the building’s physical improvements which included new kitchen and bath cabinets and countertops in residential units, upgraded mechanical, electrical, and plumbing systems, improved fire protections, and new mobility and enhanced communication units. The common area has been significantly improved as well as a reconfiguration of office space for property management and support services.

Rosa Parks also has an impressive urban farm, operated by TNDC's Urban Agriculture team, that provides fresh produce to tenants living in Rosa Parks and the building next door, the Willie B. Kennedy Apartments.

Take a virtual tour of Unit 1003 at Rosa Parks Apartments! 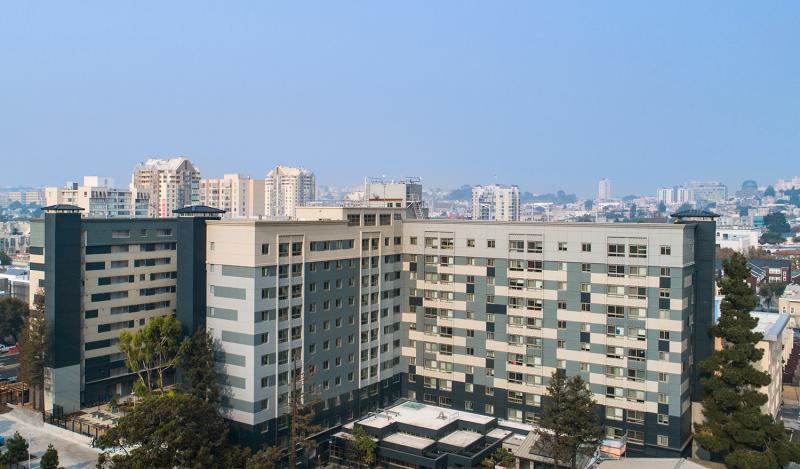 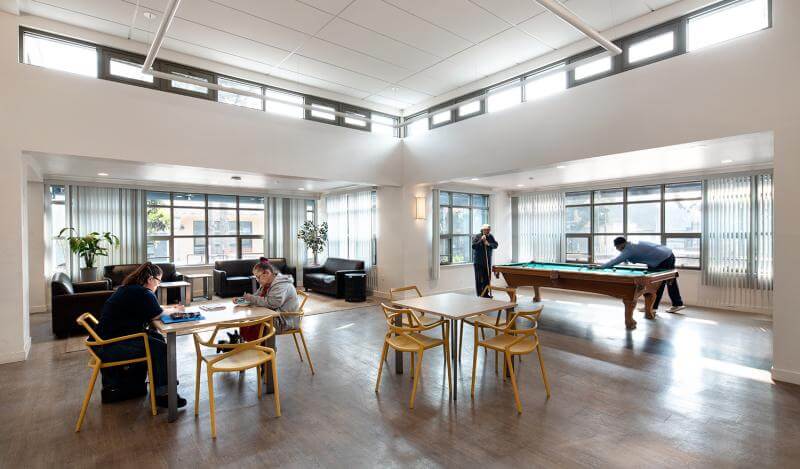 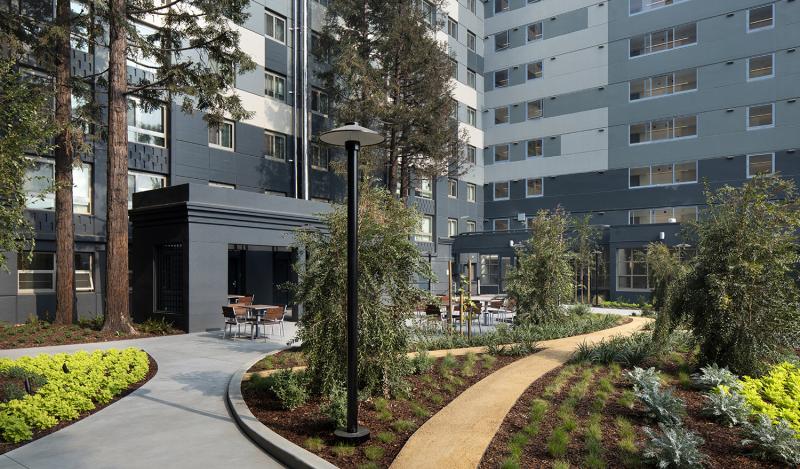 Rosa Parks played a pivotal role in the Montgomery bus boycott, the fight for civil rights, and transit equity. When Parks refused to give up her seat to a White passenger in 1955 it was considered a radical act, causing her to be arrested, fired from her job, and to receive death threats. Ultimately, her case led to our country recognizing bus segregation as unconstitutional and reinforcing equal protections for our Black and African American neighbors under the law. Learn more about her legacy.