From its humble beginnings renovating a single, run-down Single Room Occupancy (SRO) residential hotel in 1981, TNDC has grown to be the largest community-based development corporation in San Francisco.

TNDC has always been rooted in the Tenderloin, but has now grown across numerous neighborhoods in San Francisco. As TNDC as grown, we have adopted programs and expanded our services to better serve communities inside and outside our buildings. By deepening our work outside homes, we have become a comprehensive community development organization. Learn more TNDC's roots below.

TNDC formed in response to growing threats of gentrification as three luxury hotels eyed the neighborhood. Alongside neighborhood activists, we formed one of the country's first Community Benefits Agreement and began TNDC's legacy of preserving existing affordable housing and transforming  buildings into homes.

To address the aspirations and need of residents, TNDC employed three strategies in service of these goals. The first was property acquisition, to ensure long-term affordability by removing units from the speculative real estate market. The second was tenant organizing, with the aim of creating cooperatively owned and self-managed communities.The third was activism, on the part of the organization and through mobilization of local residents, to protect those residents’ interests in the face of proposed neighborhood development.

At a neighborhood level, TNDC joined forces with other activists in the face of a proposed development of three luxury hotels and helped develop one of the nation’s first community benefits agreements, the hotels contributing millions to fund affordable housing and job creation for Tenderloin residents. The coalition’s work also led to a downzoning of the neighborhood that limited building heights and prohibited most commercial uses above the second floor. TNDC had thus established itself as a strong advocate for local residents in issues that affect their lives.

A Franciscan friar since 1982, Brother Kelly Cullen served as TNDC’s Executive Director for 12 years and led the Tenderloin Youth Advocates. Called a “practical visionary” and “activist rock star,” Brother Kelly had a talent for connecting people’s passion for human rights with concrete action—a guiding force of TNDC’s work to this day.

A tireless and fierce advocate for the Tenderloin community, Kelly transformed TNDC from a grassroots operation until the leading community development organization it is today.

TNDC has been profoundly shaped by Kelly,” said Don Falk, TNDC’s current Chief Executive Director. “His values and priorities suffuse the organization. He believed in focusing on ‘the poorest of the poor,’ he wanted to ‘own land’ as an anti-gentrification strategy, he was driven in helping TNDC grow so it could do more… all of these things have become part and parcel of what TNDC is and how we operate.”

When Kelly became Executive Director in 1993, TNDC had 8 buildings with around 475 units. By his departure in 2005, he had helped TNDC more than double its portfolio to 20 buildings with 1,800 homes, making most notable community-based developers in the country.

Kelly had deep compassion and respect for people,” said Paul Sussman, TNDC’s former Chief Financial Officer, who served on TNDC’s Board of Directors with Kelly and worked closely with him after joining the staff as CFO. “He always lived in the neighborhood and moved day and night in the Tenderloin. He believed things could change for the better, that people could change for the better. He believed that you could have a dream, go for it, that you could bring people along and achieve it.”

In Kelly's honor, we have named one of our buildings after him, Kelly Cullen Community, and recognize an outstanding community leader each year at the TNDC Anniversary Celebration with the Brother Kelly Cullen Service Award.

Between 1993 and 2005, under the leadership of then Chief Executive Director Kelly Cullen, TNDC embarked on a period of expansion by building new units and tripling its housing portfolio from 489 to almost 1,800 homes. It was recognized as one of the most notable community-based developers in the country. Between 2005 and 2016, in addition to pursuing planned developments, TNDC experienced two unanticipated growth events. In 2009 we absorbed the San Francisco affordable housing portfolio of Citizens Housing Corporation, comprising 540 homes (30 percent of TNDC’s existing portfolio). Then in 2015–16 we acquired and renovated over 700 homes from the San Francisco Housing Authority, as part of the SFHA’s decision to transfer ownership and management of its properties to nonprofit housing developers.

TNDC has continued to develop housing of increasing complexity and size. More units have been designed specifically for seniors, families, and people experiencing homelessness. In addition, TNDC sought out projects in partnership with other community-based organizations, and undertook its first joint venture with a market-rate developer in 2011. See how many buildings we operate and people we serve today.

A pioneer in permanent supportive housing, TNDC has long understood that providing affordable housing for people with low incomes also means attending to the support service needs of those tenants to ensure they remain stably housed. In 1996, under the auspices of what is now the Tenant and Community Services department, TNDC employed its first social work staff to provide housing-based, voluntary support services to tenants throughout its portfolio. The department has since grown substantially, now comprising more than 50 staff. In 2014, it launched a Healthy Aging component of the Health and Wellness Program that supports seniors to remain independently housed as they age.

TNDC has long taken a comprehensive approach to community development. In the Tenderloin, TNDC’s commitment to preserving the neighborhood also includes securing and sustaining critical elements of a healthy community, including increasing opportunities for youth, improving access to nutritious and affordable foods, and promoting thriving, culturally relevant retail.

Given the few outdoor spaces to play and inadequate number of youth programs in the neighborhood, TNDC’s Tenderloin After-School Program (TASP) was established in 1993 to provide children and youth with a safe and enriching environment staffed by caring adults, supporting their development with out-of-school-time programming after classes and during vacations.

Recognizing the limited availability of fresh produce, affordable food options, and cooking facilities in the Tenderloin, TNDC has sought to improve the supply of, and demand for, healthy food. In 2010, it opened the Tenderloin People’s Garden on a vacant city-owned lot. Neighborhood volunteers working in the garden harvest thousands of pounds of fresh produce annually to distribute to the community, at no cost. Today, TNDC has a thriving urban agriculture program with seven additional gardens in TNDC properties and two in development. It also operates two community food distribution sites outside of its properties.

The [corner stores] are community pillars. We want to make sure that they are a vital community resource for the people who live here.”—Jennifer Siswandi, Food Justice Leader, TNDC’s Tenderloin Healthy Corner Store Coalition

The Tenderloin Healthy Corner Store Coalition, a TNDC program implemented by resident food justice leaders, converted five Tenderloin corner stores to increase the availability and visibility of healthy produce. The food justice leaders “grade” the neighborhood’s markets, producing scorecards that inform residents’ choices, and the initiative has shown that offering healthier choices can be profitable for store owners. Beginning in 2012, TNDC augmented these environmental interventions with nutritional education and cooking classes to shift community knowledge and behaviors to increase demand.

To deepen its commitment to activism and resident leadership, TNDC hired its first full-time Community Organizer in 2007 and has subsequently grown this department to 8 full time employees. Initially, the focus was on mobilizing TNDC tenants around affordable housing and Tenderloin neighborhood issues and on voter education and advocacy. In time, TNDC offered leadership training and stipends to residents who wanted to become more civically engaged. Ten years on, the department’s staff now includes community members who assist with outreach to tenants to undertake campaigns, register voters, convene summits, and organize other activities that respond to issues raised by Tenderloin residents.

In 2014, TNDC hired its first Community Planner, charged with guaranteeing affordable housing and other concessions from market-rate residential developers, for example, securing Community Benefit Agreements from commercial developers building in the Tenderloin and Mid-Market areas. In 2016, TNDC co-led a coalition that generated a “Tenderloin Development Without Displacement” community plan.

Our work is guided by a holistic understanding of Homes, Health, and Voice. Housing as essential to a person's health. Food as health. Sustainability as health and a voice for the environment. Social work as advocacy. Advocacy as essential to being able to build more homes and foster community health. Watch our animation to learn more about how our work in Homes, Health, and Voice come together. 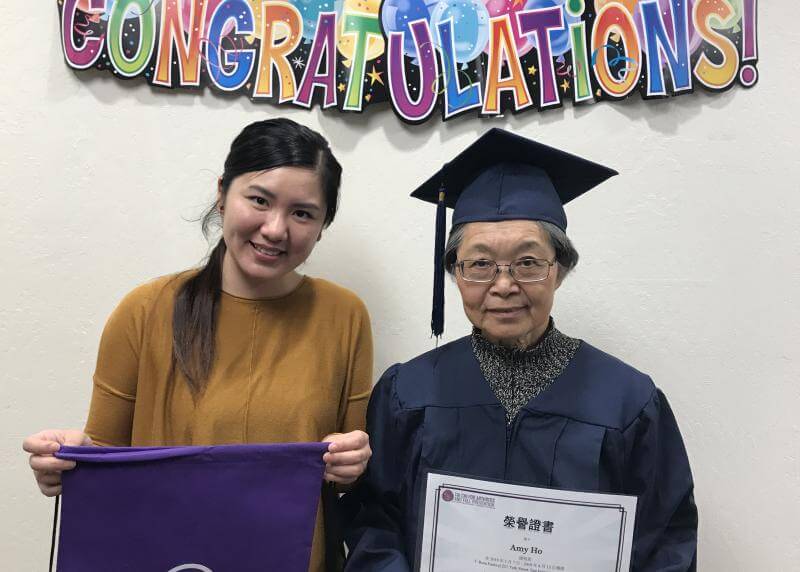