Rebecca Advocates for Change in the Tenderloin Community

When Rebecca Browning first moved to Curran House in the Tenderloin, she felt conflicted.

As a mother of two children, a student earning her Masters in Social Work, and a compassionate community member, she needed to concentrate on her family and her studies rather than the neighborhood.

It was a tough balance. Until she found her niche in community organizing.

At the suggestion of her neighbor, Sharen Hewitt, she attended TNDC’s Leadership Academy. Realizing how much she enjoyed the challenge of outreach work, she continued to play a major role in gathering community feedback on the food space at the Eddy & Taylor Family Apartments.

“Being a resident of the Tenderloin, I really believed in bringing the food-related space here,” said Rebecca. “The fact that once [the space] was done I’d be able to see the actual benefits. Whatever it was, it’d be food. It’d be serving myself as well as my community.”

As a force of positive change in the Tenderloin, Rebecca felt reinvigorated. She soon became an official member of TNDC’s Community Organizing team.

Giving voice to causes Rebecca cares about and issues that directly affect her, sharing her ideas on steering committees, and initiating new campaigns—all these efforts result in something tangible, like the new food space.

“I’m really grateful for the opportunity to have my eyes opened to work in Community Organizing,” Rebecca reflected, “as well as have a stable place to stay for me and my family.” 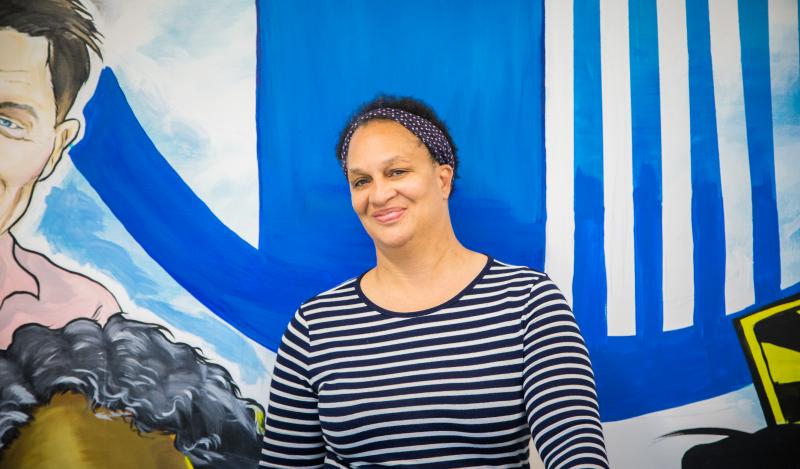