TNDC staff, community members, and residents proudly marched in San Francisco’s Pride Parade for the first time this last June! We were thrilled to be one of over 200 contingents who celebrated SF’s strong and passionate Lesbian, Gay, Bisexual, and Transgender (LGBT) communities.

Our theme for Pride 2022, “Homes Will Keep Us Together,” spoke to TNDC’s belief that homes are the foundation of vibrant communities. With your support, every day we move one step closer to a future where everyone—people with low incomes, people of color, and the LGBTQ+ community—have access to affordable homes, have their voices heard, and have the agency to thrive.
As the Tenderloin has been TNDC’s home since 1981, we have largely served the communities that have also called the Tenderloin home. For many, especially immigrants, people of color, and the LGBTQ+ community, the Tenderloin has been both an affordable and welcoming community.

We were honored to join this year’s Pride Parade and celebrate our own staff and community members who identify as LGBTQ+ and LGBTQ+ allies. Pride month was also a great opportunity to honor TNDC’s longstanding connection to the Tenderloin’s LGBTQ+ community and history of activism.

The Tenderloin played and still plays a critical role in the LGBQT+ movement. From the fierce activism at the Compton’s Cafeteria Riots of 1966 to the history behind TNDC’s Ambassador Hotel as an innovative model of caring for people with HIV/AIDS to being part of the world’s only Transgender District, the Tenderloin is changing history. And so are we! 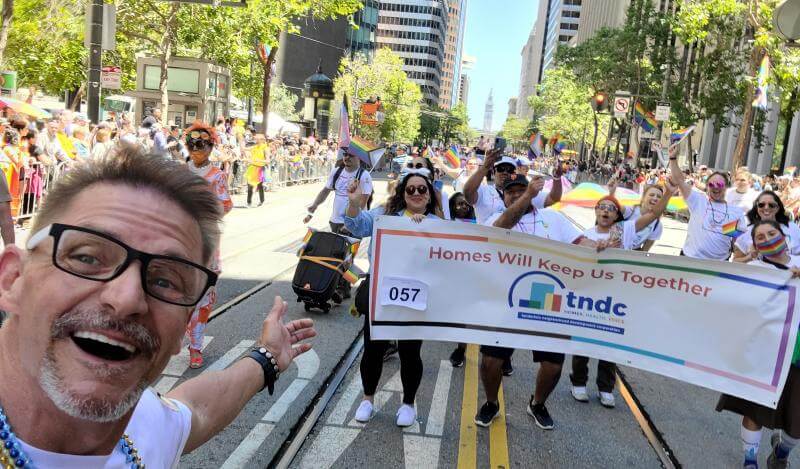 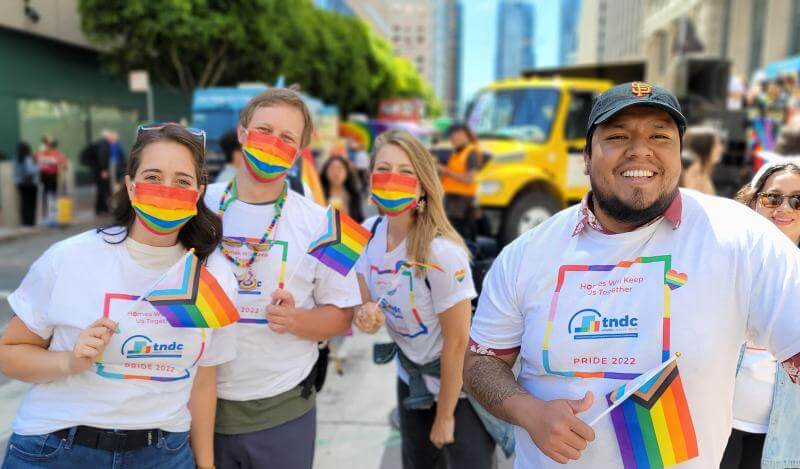 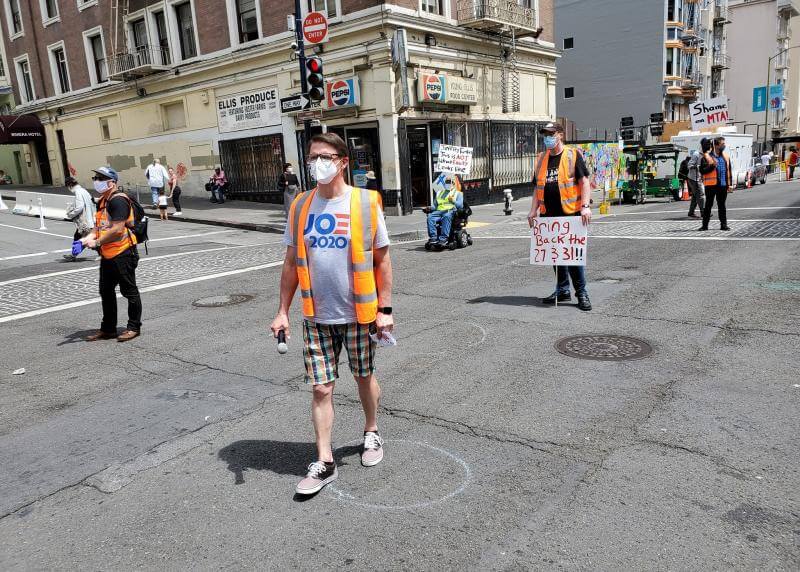