What makes your neighborhood feel like your neighborhood? Maybe it’s the neighbors who wave hi when you walk your dog. The grocery store that stocks your favorite persimmons in fall. Or maybe it’s simply because it’s where your home and family are.

All of us have reasons why we feel a connection to where we live and why we want to invest in our community. The Tenderloin—a neighborhood filled with families, seniors, artists, activists, immigrants, and LGBTQ+ people—is one of the most vibrant in San Francisco. It’s also one of the neighborhoods that has been most historically and systemically underserved.

Curtis Bradford, longtime Tenderloin resident and current TNDC Community Organizer, and his neighbors believe that their neighborhood should be heard just as much as wealthier neighborhoods.

Curtis and his neighbors have persistently fought battle after battle—preserving Single Room Occupant (SRO) hotels for people with low incomes and gaining 24-hour Pit Stops, equitable bus lines, and parks—so the TL is seen and serving the people who live there.

Through the leadership of the Tenderloin People’s Congress and their Vision 2020 Committee, a neighborhood-wide effort to create the first-ever Tenderloin Community Action Plan is underway. The plan will put resident-led priorities into writing and give TL residents a pathway for long-term political change.

Curtis, one of the leads on the Action Plan, alongside members from the Tenderloin People’s Congress, Glide, the Tenderloin Community Benefit District and more have already collected 1,200 surveys and counting!

TNDC is part of a larger ecosystem in the TL and San Francisco. With your donations, we’re able to fund staff time and outreach materials to keep gathering input from our neighbors and move the Action Plan forward! 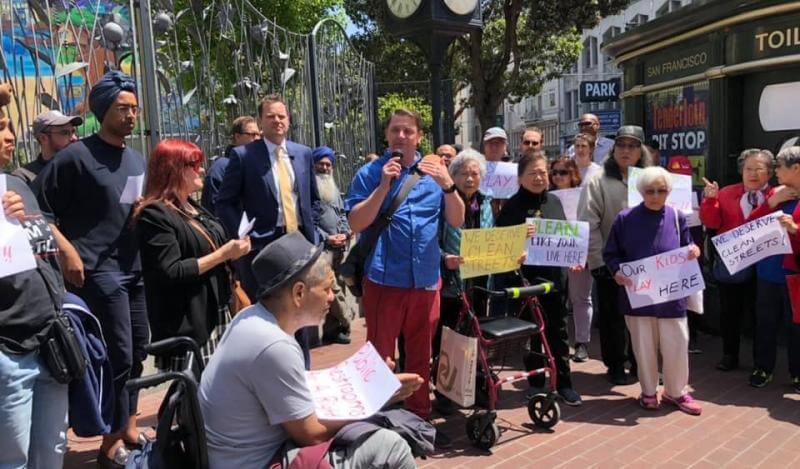 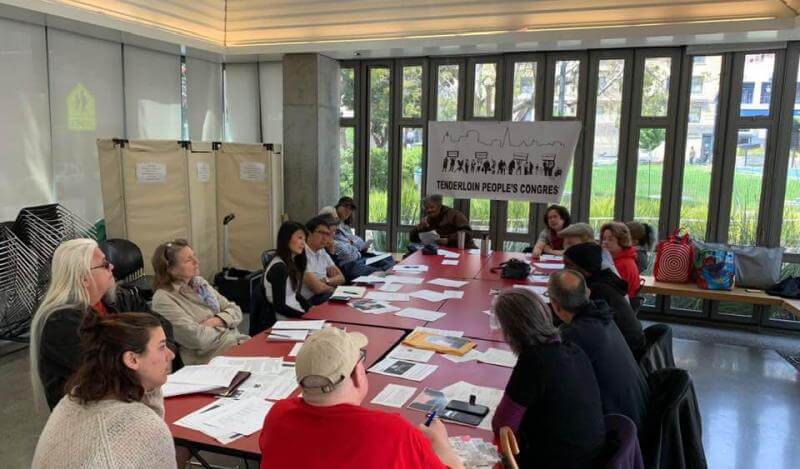